The Down and Dirty with Chickens

For some reason it seemed apt to make everything for the chickens from recycled or reused materials. So the chicken house is made from a pallet shelving unit, placed on its side. And as a feature, I tried to make the unit easy to clean. Overall, this first week has been a rewarding experience of frigid overnight temperatures and getting used to the routine of chicken husbandry.

The birds are Black Australorps, which is an Australian variety derived from the Orpington. From my research the birds are great layers, with one reported to have laid 350 odd eggs in 365 days, although some sources dispute this. Others note that Australorps have a great tolerance for cold weather, which has certainly been tested this first week outside.

At nine weeks the pullets are smart enough to scratch twice and then peck, and they mimic each other doing this. They move in a flock group and react to a foreign sound (like a galah or cockatoo) by hunching their necks, then darting back into the chicken house. When one strays from the flock, and realises it is alone, it makes a shrill 'shew shew shew shew' call until it locates the rest of the flock.

For food, we are relying on fine chicken pellets and have added bread rolls and some scraps form our kitchen. It is amazing how the birds peck at the tiny grass seeds the girls harvest from all around the reserve at the back of the yard. Pretzels from a party we had left over, some baked pumpkin left over and some rice from sushi rolls too.


The birds are making their fledgling attempts at flight and can extend their wings for about four or five flaps, going about three metres or so. I'm not sure about clipping their wings yet, so will be doing some more reading and asking a few chicken people how it's done. Something about not cutting the feathers down to the blood vessel.

Making the chicken house was as simple as assembling the shelving unit and placing it on its side. Since the shelving unit was 1800mm long, it was convenient to just use steel fence panels pre cut to this length and wrap them around the unit. Once screwed in place, I left the rear wall panel loose at the base so that it can be lifted and the floor hosed out. The trick is having this easy - wash flap secure so that predators can't use it for access too.

Now, the next thing is to have some drainage so the waste can be directed out of the chicken yard. The plan is to lay drain pipe with gravel and direct the flow to a natural depression where it can be harvested for fertilising the garden.

So there is plenty going on and everything is evolving at a steady pace. More soon.

Email ThisBlogThis!Share to TwitterShare to FacebookShare to Pinterest
Labels: the chickens 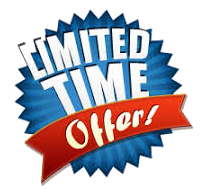